OK, let’s get this straight: Craftsman isn’t just the brand name of the tools out in the garage, and Cape Cod isn’t just a fabulous vacation spot. We understand your confusion and feel your pain. There’s so much architecture lingo and name-dropping in listings, how’s a layman supposed to know what’s what?! We’ve compiled a guide to the most popular architecture styles to help you identify what you want in your house hunt! 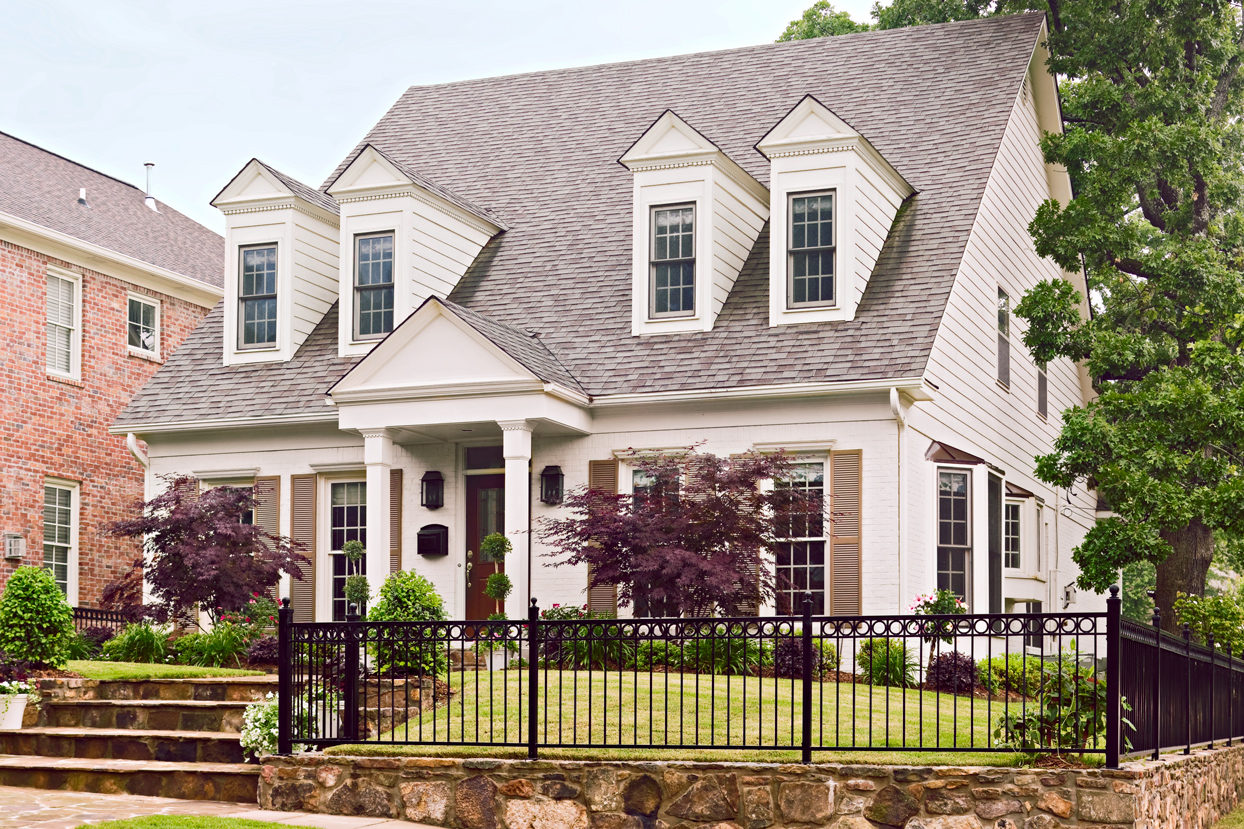 OK, it’s no spoiler that these homes are named after the quintessential New England vacation destination—Cape Cod in Massachusetts—where they first became prevalent. Much like the Puritans of old, Cape Cods are modest and economical. This makes sense, since Colonial settlers in the Northeast modeled their newly built homes after British cottages. These homes have steep roofs that reach the first floor (to quickly shed rain and snow) and second-story dormers (a window that projects vertically from a sloping roof). Fun fact: Original Capes used unfinished cedar shingles, which are ideal to weather the stormy and unforgiving East Coast winters. 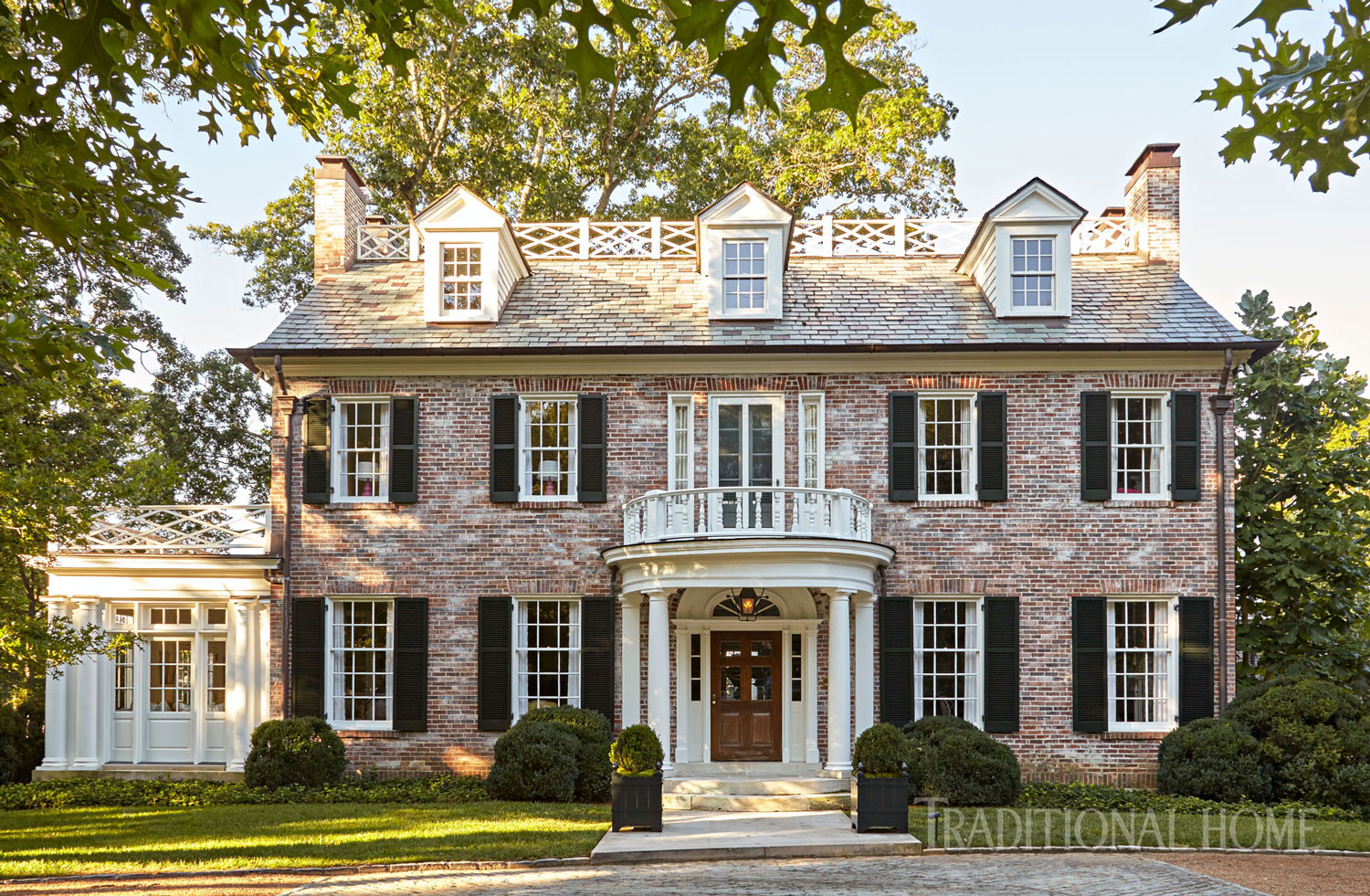 A Colonial is an OCD fever dream come true: It’s symmetrical and features an entry door in the middle of the front of the home with two windows on either side; there are five windows on the second floor, with one directly above the entry door. Colonials, which originally rose in popularity in the oh-so-uniform 1700s, are still common around the U.S. They’re usually built of wood or brick, which are perfectly suited to the simple, clean, and boxy style. If you see a hint of ancient Greece and Rome in the style, you aren’t wrong. Looking for distinctive flourishes? Keep looking. 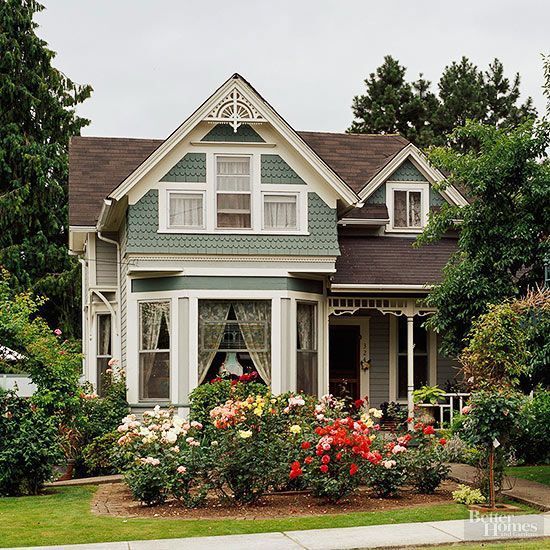 Did you spend hours with your dollhouse as a kid? Were your parents, teachers, and various health care providers worried? Then the detail-packed Victorian style will probably look familiar. Key features include a complicated, asymmetrical shape with wings and bays in various directions; elaborate trim; shingles or patterned masonry; steep rooflines; and a large, wraparound porch. They are often painted in bright, complementary colors to highlight the painstaking details. Some people are put off by their aggressive whimsy, but plenty consider them perfect houses to grow old in and sip lemonade on the porch. 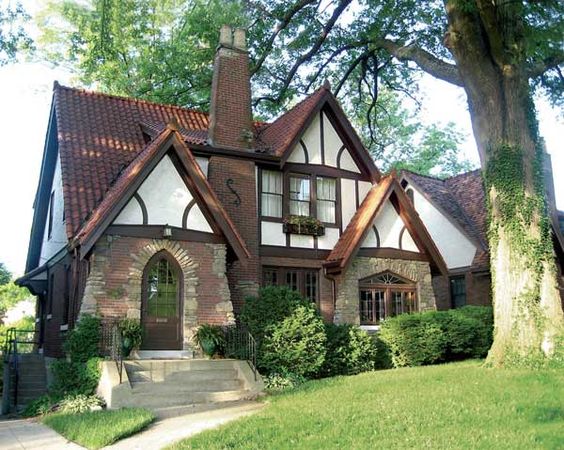 Love yourself some neutrals or Jonathan Rhys Meyers? Then you’re probably drawn to Tudors, which are built of brick or stone on the first level and complementary stucco and timbering on the second—all of which is inspired by the medieval architecture of Tudor England in the early 16th century. These babies are made to withstand the elements, with deeply pitched roofs and detailed, covered entryways, which is why you’ll see more of them in the chilly northeast. 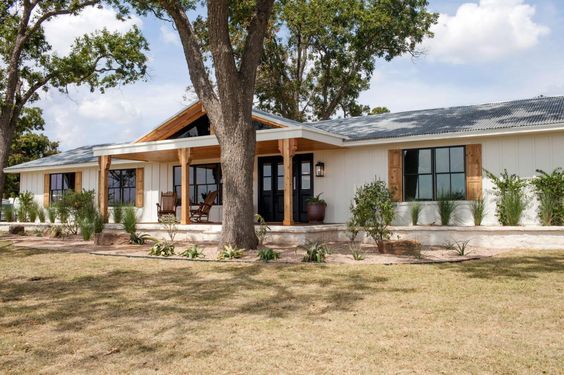 Blame (or credit, depending on how you feel about this style) the rise of the automobile, not cowboys, for ranch houses. Cars made it possible for families to buy large lots of land outside traditional metropolitan centers—aka “the suburbs”—so people built spread-out ranch houses to take advantage of these new spaces. These homes are one story and often have an L- or U-shaped floor plan surrounding a patio, sliding glass doors, and a carport or garage. Quite possibly the best-known symbol of American housing, the ranch can conjure up images both good and evil, but no doubt you will see lots of them 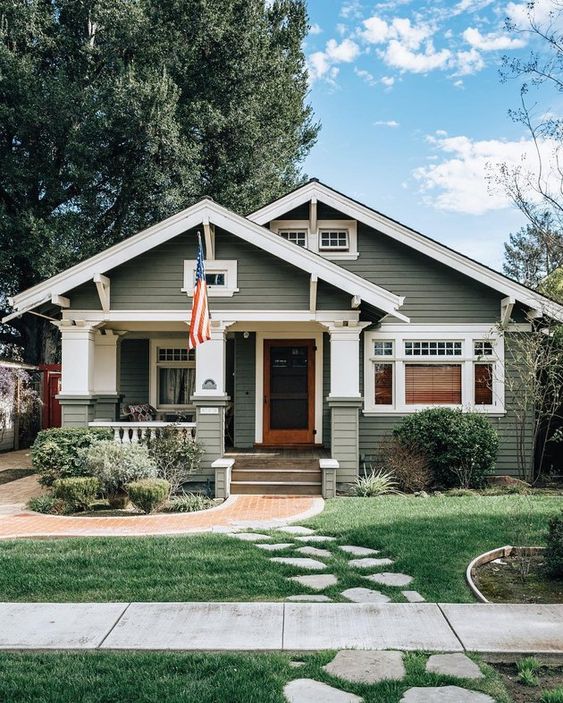 These adorable one-story homes are characterized by their low pitched roof and large front porch. Also called Craftsman's, they rose in popularity in the early 1900s during the arts and crafts period and were revered for their—you guessed it—handcrafted details: hand-cut wood, iron and copper work, and masonry. Bungalows hit their peak during this time and became so popular in the early part of the past century, that you could order a complete kit from Sears. 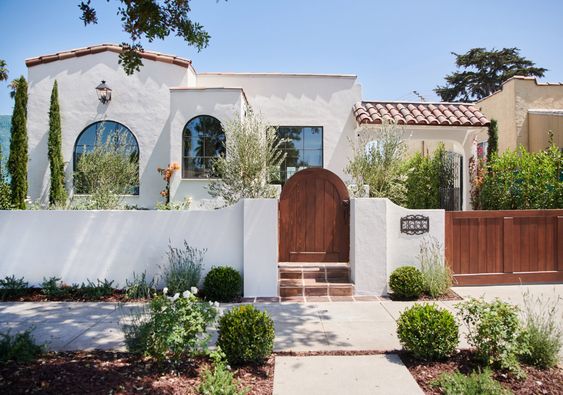 You find a lot of these homes in the South or Southwest (Hollywood is full of them). One reason for their popularity: They’re built from the ground up to take the heat. Clay tile roofs keep the home cool during the hot summer months and extend beyond the walls to provide extra shade, while extensive outdoor living areas, columns, and arched windows and openings take advantage of the breeze. 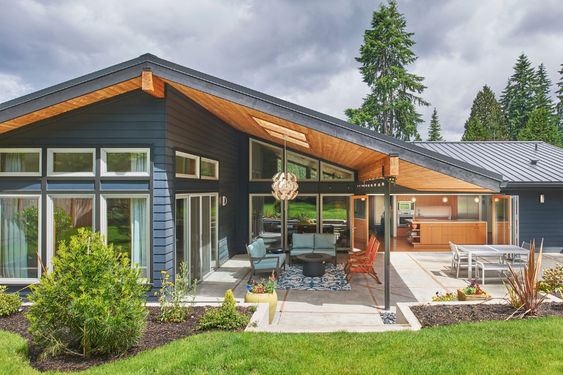 If you squint just enough, Mid-Century Modern homes (sometimes just called “modern,” though the century in question is the 20th) can look a bit like your grade-schooler’s art project. Full of sharp angles and void of ornamentation, these contemporary homes offer flat or shallow-pitched roofs and loads of glass. They often incorporate the surrounding outdoor space via decks and balconies. While they started sprouting up in the 1950s, the timeless aesthetic has turned these sleek, stripped-down houses into classics. 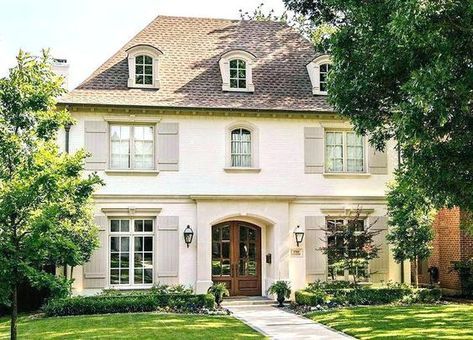 Is that a Nicholas Sparks movie we feel coming on? No, it’s just the French Country style that’s inspired by the rustic manors that dotted the fields of northern and southern France during the reign of Louis XIV in the mid-1600s. The Revival style popped up in the 1920s and 1960s. The homes have a square, symmetrical shape with windows (often double windows and/or balconies) balanced on either side of the entrance and a steep hipped roof. They are most often made of stone, stucco, and brick.