So, Where’s the Tub? A Close Look at the Dumbest Bathroom Trend to Date 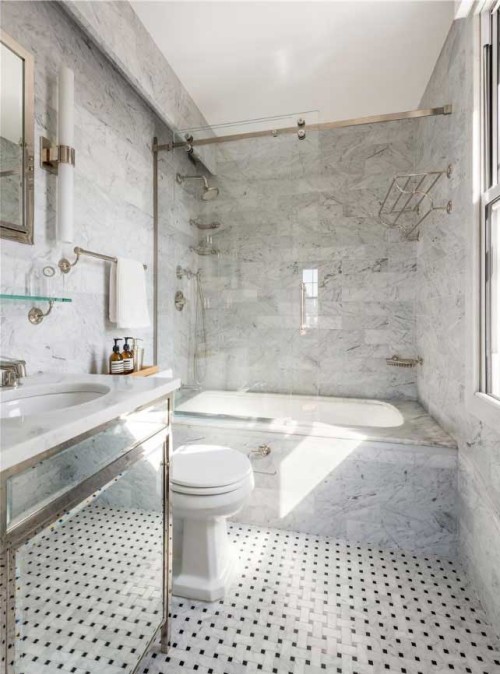 Tune in to HGTV these days, and it’s more than likely you’ll spot some flipping duo ripping out a home’s humble bathtub to make space for a large, luxurious shower.

This got me wondering: Why?

Sometimes, these flippers go so far as to remove the only tub in the house, all for the sake of a spacious shower. I was truly baffled. For starters, what about the hordes of homebuyers with young kids? You can’t very well bathe a baby in a shower.

And while most adults might shower more often than they bathe, I, for one, enjoy sinking into a tub on occasion. And I’m hardly alone. A recent survey by Bath Fitter found that around half of Americans take a bath at least once a week, and that 54% would bathe more often if they had the time.

Because let’s admit it, a long soak is a beautiful thing. Why remove that possibility from your house?

Apparently, flippers have their reasons.

Why banishing the tub from the bathroom is a big trend

I get it from an aesthetic point of view: There’s nothing glamorous about a workaday tub with a ho-hum curtain pulled across it—or worse, a shower door with dated, opaque glass that rattles on the track.

“A walk-in shower turns a bathroom from an eyesore room into one that’s more aesthetically pleasing,” says Kara Harms, a design blogger at Whimsy Soul. That luxe spa feeling you get when you’re at a fancy hotel is exactly the vibe that folks want every day, especially after a years-long COVID-19 pandemic and other grave uncertainties in the world.

For flippers, the drive to remove tubs is all about the money, honey.

“Flippers know that a large, well-designed shower is more of a selling point than a master tub with a small shower or a shower-tub combo,” explains Briana Ellis Hoag, owner of Ritual Architecture.

“Bathroom remodels usually have the highest return on investment in a home, and a big shower can help your home’s resale value,” adds Carolyn Gagnon, a real estate agent with Compass in New York City. 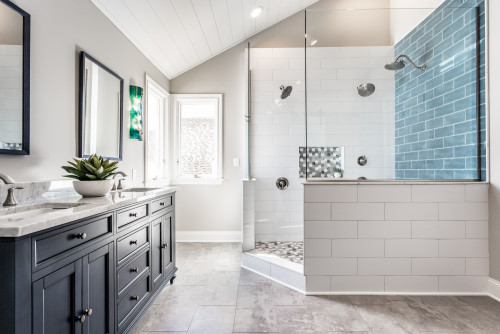 And while families might be turned off by no tub, that’s OK, since many flippers are more interested in attracting buyers who are either younger (who don’t need a tub) or older (who don’t really need a tub either) and wealthier to boot.

“People who are remodeling homes, though specifically flippers, are keen to remove tubs because of how they perceive their target buyer,” says Hoag.

But it’s not just the moneyed set that expects to see the “shower only” amenity.

“There’s also a good portion of homebuyers in the midrange market that don’t utilize tubs, especially in the master bathroom,” continues Hoag. “They’d rather have that space for a large shower that’s used on a daily basis.”

Another perk to showers? They’re better for older folks.

“Walk-in showers are rising in popularity because they’re more accessible—a tub means you have to step in and out, which not everyone can do easily,” notes Harms.

We’re aging as a nation, with the number of folks aged 65 and older slated to more than double in the next 40 years, reaching 80 million in 2040. What’s more, many are choosing to age in place in homes that they then must retrofit to meet their needs. Swapping a shower for a tub fits perfectly into this trend.

Yet many architects and real estate agents alike urge homeowners to keep at least one tub somewhere in the home for practicality’s sake.

“We always suggest keeping at least one tub in the house since it’s great for kids, grandkids, and pets and also for resale,” says Pamela O’Brien, principal designer at Pamela Hope Designs.

“I don’t think it’s wise to remove all the tubs from the bathrooms of the house, as there are many families entering the market with young children who will need a standard bathtub,” adds Hoag.

For homeowners who are determined to have their shower, there is a workaround.

“You can buy a shower tub for kids that goes on the bottom of the shower floor,” says Harms. That way, “there’s no need to build an entire room around bathing a child.”

Plastic tub inserts certainly do fix the problem. Still, this problem wouldn’t exist in the first place if you had just kept your tub.

If you’re willing to hold on to a shower-tub combo you own, there are other bells and whistles to consider in a bathroom remodel that could earn you back some money.

“Newer, high-end amenities like radiant flooring, vanity mirrors, better lighting, tiling, faucets, and countertops are just a few examples of additions that could bring more to your wallet,” says Gagnon.

I, for one, will never trade my tub, and chalk this up to a rage that, like so many others, will one day have multitudes shaking their heads and clucking, “Remove the tub! What were they thinking?”

As all trends tend to do, this one will eventually disappear down the drain of home design fads where, in my mind, it belongs.